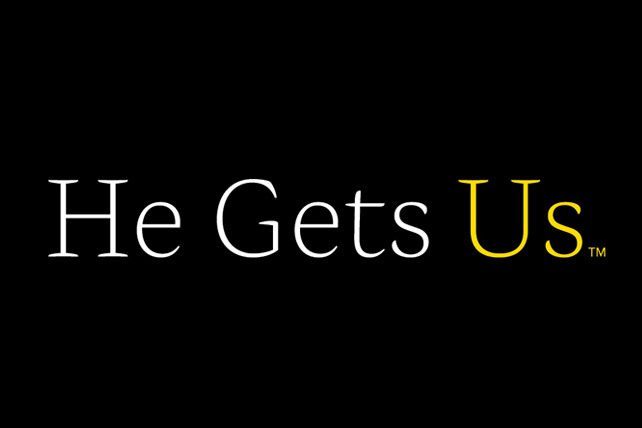 Here is the devotional:

Everyone moves through grief differently, but we all suffer, and on our own timetable.

When Jesus and his family returned home from burying his father, he likely felt the sting of death like never before. We don’t know how old Jesus was because the Bible doesn’t give us these details. There’s a silence in the story—much like the silence that can be felt when there’s an empty place at dinner. But the details don’t change the reality—now he was head of the house; the weight of the family on his shoulders. They sat shivah together, seven days of quiet, private grief. Every one of them had torn the fabric of their shirt over their heart, symbolizing the sorrow now ripping through their lives.

If you’ve lost someone you love, you know all about this trauma, perhaps the most painful thing you’ve ever experienced. You know how surreal it feels to stand beside their coffin or grave and how disorienting it is to think of regular life without them. Everything flips upside down. Whatever you felt was so important yesterday, now is forgotten.

Jesus felt the sting of death at least two more times. A couple years before his own death, his cousin John was brutally murdered by a political coward. John the Baptist’s bloody beheading makes any decent person sick. You can imagine Jesus felt nauseous at what John suffered. When he heard the news, all he wanted to do was get away, by himself. But the crowds wouldn’t let him. They followed Jesus, asking for miracles, healing, and teaching.

Another time, just weeks before his own death, Jesus got word his good friend Lazarus was dying. By the time he got to his friends’ place, Lazarus was four days gone. Standing outside the tomb, Jesus wept. The neighbors remarked, “Look at how much he loved Lazarus.”

Jesus knows all about the time it takes to pick up the pieces after such a loss. He is aware of the mental and emotional fog that rolls over you like an ocean wave at midnight. He gets our grief.

Yet even in his personal heartbreak, Jesus turned to the crowds that followed him and saw them with radical compassion. In Latin, the word “compassion” means to “co-suffer.” Even in his own suffering, Jesus wanted to relieve other people’s suffering.

We’re not the same people after grief. We’re scarred, and broken, and sometimes better. So was Jesus.

Here are the scriptures referenced:

He is despised and rejected of men; a man of sorrows, and acquainted with grief: and we hid as it were our faces from him; he was despised, and we esteemed him not.
Isaiah 53:3 KJV

When Jesus heard of it, he departed thence by ship into a desert place apart: and when the people had heard thereof, they followed him on foot out of the cities.

And Jesus went forth, and saw a great multitude, and was moved with compassion toward them, and he healed their sick.
Matthew 14:13‭-‬14 KJV

This is one of those posts that, though I have experienced loss, I am not capable of doing this justice

I grieved when my Pawpaw passed away. I cried so much at the funeral my dad had to literally hold me up.

I grieved when my second mom, Joey’s mother Susie, passed. That hurt.

But nothing I have been through compares to those who have lost a spouse or a child.

But I have witnessed compassion to others during the grieving with Angie. It is one of the most powerful selfless acts of kindness I have ever witnessed.

It is true that one is never the same after losing someone because a piece of you is missing. (Spouse or child)

It’s like the hole in one’s heart without Jesus. I can’t be filled with anything BUT Jesus.

But through our sorrow we must know that Jesus has been there and has felt exactly the way we do. So we can go to him in our sorrow for comfort.

Angie will tell you straight up that it was her relationship with God that kept her going. And it is that same relationship as to why she has so much compassion for others..even on the hardest days of the year like a birthday, angelversary, Christmas, etc.

May we all become more Christlike that while we ourselves are suffering we are in tune with those around us and show them compassion.

4 thoughts on “Jesus: He Gets Us | He Grieves With Us”

Ideas and Advice for How To Live a Joyful and Empowered Life.

Lisa's Ramblings: Random Thoughts on the World We Live In...

From Past to Present

-Reviews, Advice & News For All Things Tech and Gadget Related-

how trusting a good god changes everything